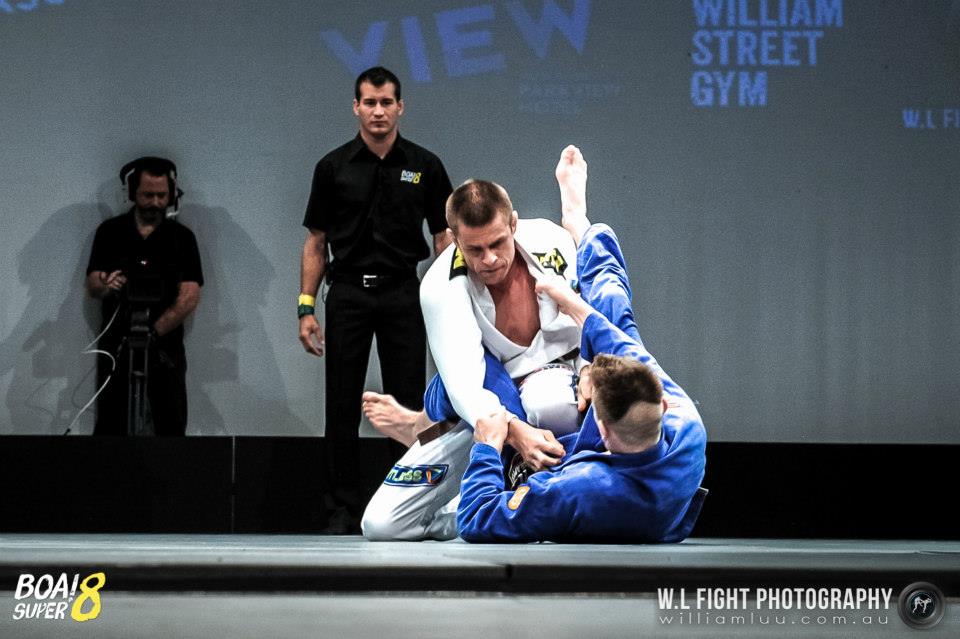 2001 was a huge turning point for me. I had to make a tough decision to walk away from professional Motocross racing due to injury. It was all I’d ever known. It was my passion. And it was over. Where to from here, I had no clue.

A friend of mine asked me to join him at the gym to work on my fitness and to strengthen my body. From here, I tried boxing which I continued doing for about six months until my coach suggested I take a look at Brazilian Jiu Jitsu. At the time, I had no idea what it was. I enrolled into some sessions and before I knew it, the mats became my new home. I was hooked and totally intrigued every single session. Its definitely not something you are automatically good at, but something you have to consistently work at and earn. It was exactly what I needed.

2002 saw my official journey into Brazilian Jiu Jitsu. Starting off as a curious white belt, I dedicated myself to the sport. Constantly researching and training as often as I could. I worked full time as a Carpenter, therefore my schedule was quite demanding, but I still trained every single night and Saturdays.
I have competed in every single belt ranking, because this is where I was going to learn more about the holes in my game and know what I had to improve on. You never stop learning and people whom you train with through the ranks and who come up behind you always have something to offer. The scene is always changing and people are always getting better so anything can happen. I won and lost throughout white and blue, which is the blueprint years of development within this sport. The competition scene really fell into place for me once I became a Purple belt. I won almost every competition I entered at this ranking, which continued for me into Brown. I am now always preparing for my next comp and cannot wait to see how I fare in the elite stage of Black Belt.

I have had many great opportunities from this sport including training at great facilities within Melbourne, like my home club Dominance MMA in Richmond, where my coaches had been nothing more than supportive of me on and off the mat. The friendships, support groups, ability to travel, train and compete internationally at schools that are nothing less than accepting who host some of the best BJJ coaches known to the sport. Being asked to coach at facilities around Melbourne, including Metamorphica, Renegade and Dominance was a huge compliment, which lead me to my next major opportunity within the sport – Opening the doors to my very own, fully equipped BJJ training facility and gym studio in my hometown of Sunbury, Melbourne.

To be Head Coach and Owner of Limitless Mixed Martial Arts & Fitness is beyond anything I thought life had planned for me. It allows me to repeat the process and offer what I was offered as a student, to my students. Teaching them everything I know, so they can be the best they can be is my goal – every single session. To take my students on the journey I have been on and expose them to all facets of Brazilian Jiu Jitsu, in training, competition and international exposure is just the next part of my journey that will continue for both the adults and kids who train with me.