Brazilian Jiu Jitsu (BJJ), meaning “The great art” began in 1914 in Brazil when the Gracie family took Judo, refining and developing it through numerable no rules contests into what we now know as BJJ. Jiu Jitsu was the first martial art to dominate the UFC and it remains one of the most effective forms of self defense and an essential component of modern MMA.

Focusing on using superior leverage and technique, BJJ allows a smaller person to overcome a much larger attacker, using joint locks and chokes. Although BJJ includes stand up techniques, it is most dominant from the ground. BJJ is often described as a game of ‘Human physical chess’ due to its depth and technical nature.

Training BJJ can be a life pursuit that affects and changes you as a person at any age. Changes include more confidence, becoming humble and patient, more goal oriented and happier in life overall. These changes happen almost without ‘work’. While most people can spend hours in the gym working on physical changes like becoming stronger, more muscular and losing body fat, with BJJ these changes occur effortlessly because your mind and body are in constant action.

BJJ starts with a warm-up that is not only designed to get you warm and ready to roll, but also develop your skills. Hip escapes, shoulder rolling, bridging and other movements essential to BJJ are drilled in every class. If you’ve never done these movements before, that’s fine, you’ll be taken through them and shown correct technique.

Following the warm-up you are demonstrated and shown a technique (examples include: sweeps, passes, escapes and take-downs). After your coach answers any questions,  all students are given the opportunity to drill the technique with a partner. Your coach will also float around and observe the class technique and make any necessary corrections where needed.

After drilling, you will end the session with ‘live rolls’ – BJJ term for sparring. In the live rolls you will mimic a match under BJJ rules for either points or submission. Rolling under the right conditions is exceptionally safe as there is no striking and you have the option to ‘tap out’ or submit if you are ever in a position you are not comfortable with. *Beginners are guided through very light rounds.

Limitless offers both Gi and No Gi classes in BJJ

GI = (pronounced like ‘key’ but with a G) is the name of the uniform worn in BJJ. It is a thick and heavy, hard-wearing uniform which simulates jackets or other clothing. During a Gi class you are allowed to grip and manipulate both your own and your opponents clothing. A gi is secured with your belt which shows your rank.

NO GI = Shorts, or tights and a rashi or t-shirt. No belts are worn during a no-gi class and you are not allowed to grip clothing in any way.

BJJ accommodates for all fitness levels and athletic abilities. It provides great technical knowledge and fitness, which motivates people who normally hate going to the gym and gets them working out. Training Brazilian Jiu Jitsu will improve fitness flexibility and strength. Gain confidence and learn self defense while training for fun with friends, or work towards becoming a world champion. Limitless offers gradings and competition opportunities to all students who train consistently in BJJ.

Your knowledge increases as well as improving your body physically – Plus Jiu Jitsu is highly addictive!

No fitness level OR experience necessary – Just book a trial and give it a go! 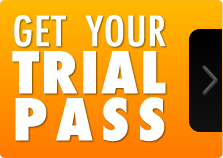 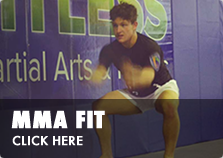 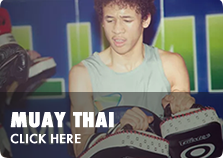